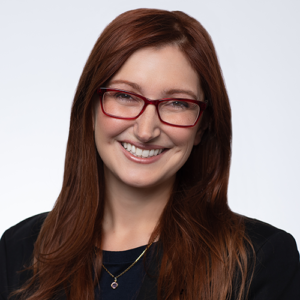 Ms. Nelson received her undergraduate degree from Middlebury College in 2009 where she studied Political Science and Russian Studies. After several years working in partnerships and strategic analysis at Nasa Ames Research Center, she graduated from Santa Clara University School of Law where she received the High Tech Law Certificate with honors.

Ms. Nelson is admitted to practice in the State of California. She is based in the San Francisco office and her legal practice consists of defending employers and insurance carriers against claims arising under the Longshore & Harbor Workers’ Compensation Act and its extension the Defense Base Act.