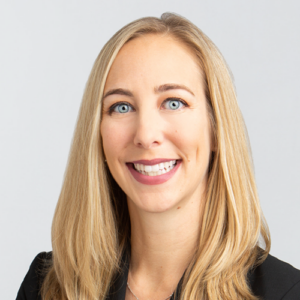 Ms. Smith has represented clients before the United States Court of Appeals in the Fifth Circuit, Texas state and federal courts, the United States Department of Labor, and the Eastern and Western Districts of Louisiana. Additionally, Ms. Smith has given numerous presentations for clients and attorneys on a broad range of topics pertaining to the Longshore Act as well as general liability claims. Ms. Smith is admitted to practice in Texas state court, United States District Courts in Texas (all districts), and the Fifth Circuit Court of Appeals.

Ms. Smith has been consistently named a Texas Super Lawyers Rising Star from 2013 to 2019.